For His Glory News 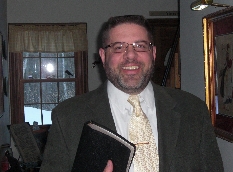 UPDATE…FEBRUARY 6th.!   So, we are right smack dab in the middle of Evangelistic meetings with Bro Earl and BANG!  snow… Ahhhhhhhhhhhhhhhhhhhhhhhhhhhhhh!!!  We were in the midst of  5 day revival meetings when out of nowhere (literally) snow.  The reports started out Friday morning with a 1-3″ forecast (OK, side note: 1-3″ this is Maine.  No problem.  We got this covered.  This won’t slow us down a bit.)  and then it seemed about every hour after that they (who ever the they is) added about 2″ .  1-3″ then 2-4″ then 3-6″ then 4-8″ then 8-10″.  When it was all said and done about a foot of the white blessing or as Brother Earl so prophetically preached here a few years ago the ” treasures of the snow” from Job 38:22 fell upon Union, Maine.  Thus at least my decision was made easier.  Church must be cancelled.  No preaching tonight.  So, as I pondered as to why this would happen;  I mean folks, literally, this storm came out of no where. There was no forecast for this storm.  Bro Earl was on a roll,  the Church had settled into a rhythm with regards to  the meetings.  Bro Earl had just preached 2 great messages.  The first was straighten up from the text in Luke 13: 11-13.  The second message was from 1Kings 14 and the disguise that King Jeroboam made his wife to wear.  Brother Earl then built his platform and jumped off into all the different masks a Christian wears.  Man, it was on!  Then the snow…  So, back to my pondering on Friday as the flakes fell.  Wrapped around our meetings was the National Toboggan Championships which are held each year in Camden.  Every year we tract this event.  This year however, with the winter being mild the event was in danger of being cancelled.  In fact the powers that be had said they would make a determination on Saturday morning as to whether they would move forward with the event.  So, as the snow gently fell as went to the official website and behold!  because of the snow the event was back on.  Praise the Lord!  Frankly,  we live for this stuff.  We love to tract and witness.  God reminded me of how I always express to the Church that what is most important is what we do out side the four walls of the Church and not inside.  Which is polar opposite of the typical Laodicean Church today.  So with that and the snow now vanquished we Tracted the Toboggan Championships which were only at 25% capacity and we handed out at least a hundred tracts more than last year.  All the Glory to our Saviour and Great God!  The meetings resumed and Bro Earl finished strong with alters well attended, decisions made and Christians changed, leaving different then when they came in.  YEAH!!!

UPDATE…AUGUST 30th.!    WOW!  What a meeting we just had with Brother Donovan who is Pastor of Bible Baptist Church in Pensacola, FL!  The messages were spot on and the Spirit was present and liberty ruled the day.  Lessons on Biblical Repentance and a great message on where America really is in Bible prophesy and that the true Patriots were the street preachers.  Good stuff!  The specials were great and the congregational singing was never better.  The pews were about filled to capacity,  visitors and old friends both…  Can’t ask for anything more.  Only Glory may reveal the fruit from these meetings.  Now it’s time to turn out attention to the coming fall (best time to be in Maine) which is one of the reasons we live here in Maine.  The changing of the leaves and the leaving of the tourists…  We have Brother Bard coming in October and we are looking forward to our last meetings before AAAHHHHHHHHHHHHHHH!!!!!!!!!!!  Winter.  Yes folks, only Mainers start thinking about the snow flying in late August.  Around here, after the Union fair (the unofficial end of Summer) and the Windsor fair (the unofficial beginning of Fall) begins the cold snap in the air.  Oh well, I digress… Street Preaching continues as we seem to be bothering people.  And I say Amen! we should be bothering people.  People who are lost need to be bothered about where they will spend eternity and saved people need to be bothered about their service for the Saviour.  We will be on the lookout for more tracting opportunities as we will tract the Windsor fair this week and cover the Veterans day parade in November.  Stay tuned and check our calendar.

UPDATE…AUGUST 1st!   Well,  Summer “officially” hit with the annual Lobster Festival in down town Rockland.  We had a great victory for the Lord on the street as about 17 of us met and distributed thousands of tracts to all the parade goers.  They were well received.  My friend and Brother in Christ wrote the tract then came up from Wisconsin along  with his wife to personally hand them out!  How about that!  The youth group later on that night went down to the festival grounds where they handed out tracts and had some fun.  Amen.  Now, in Maine if the Lobster Festival is the “un official” start to Summer then the Union fair at the end of August is the  “un official”  end to Summer .  Thus the beginning of Fall.  Boy, the seasons sure don’t last long around these parts…  Fortunately for us we still have much to look forward to as we have our first Vacation Bible School or “VBS” coming up and we have a booth at the Union Fair this year where we will be witnessing, and face painting, etc.   And if that is not enough then we have Brother Brian Donovan coming in August 28 thru the 30th!  Brother Donovan is Pastor of Bible Baptist Church in Pensacola Florida.  Stay tuned and please check our calendar. 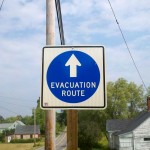